Due to the corona crisis and the high interest from EU and Asian cities to identify the added value of international cooperation for disaster preparedness at local level, the IUC project launched an online exchange session. The team explained the link of the EU Urban Agenda to the current crisis and the EU support to cities in several dimensions of the crisis. The team explained the main elements of the EU Coronavirus Response Investment Initiative (CRII), a fast and comprehensives support package from untapped EU Cohesion Policy resources. As stated by the EU Urban Agenda team, “It is likely that what we are experiencing now will have far-reaching repercussions for the urban community – factors like population density, city planning and technology will come under scrutiny. Like all epidemics (and pandemics), the current one will most likely serve as a catalyst for urban transformation”.

The goal of the informal online exchange was to create a community of practice among urban developing experts and to identify topics for future webinars in this area. It was the first in a series of thematic networks online discussion rounds to be implemented in the coming months.

There is a bunch of best practices in Europe and in Asia for coping with the crisis: see for instance Eurocities Covid19 portal and UCLG ASPAC portal. Some remarkable ones introduced at the meeting: 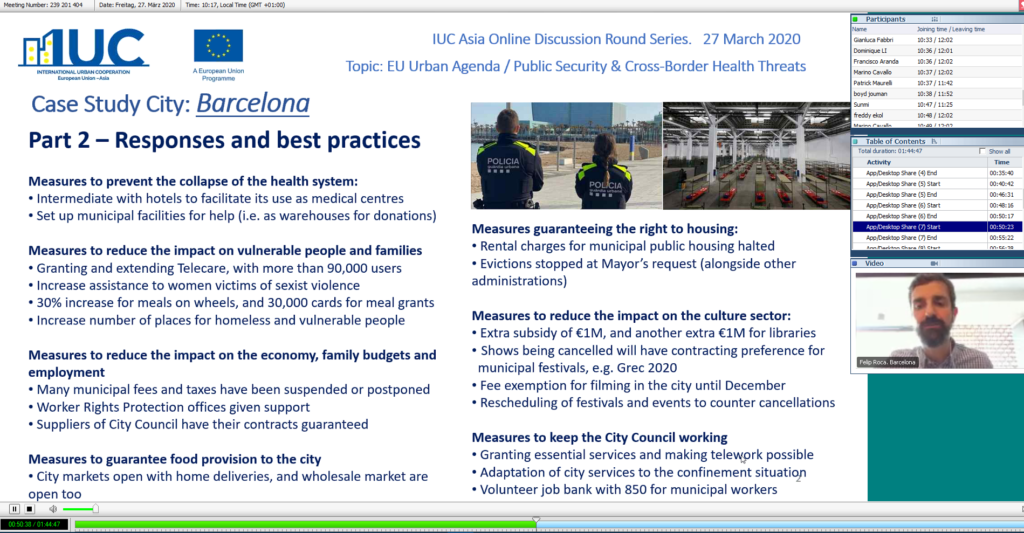 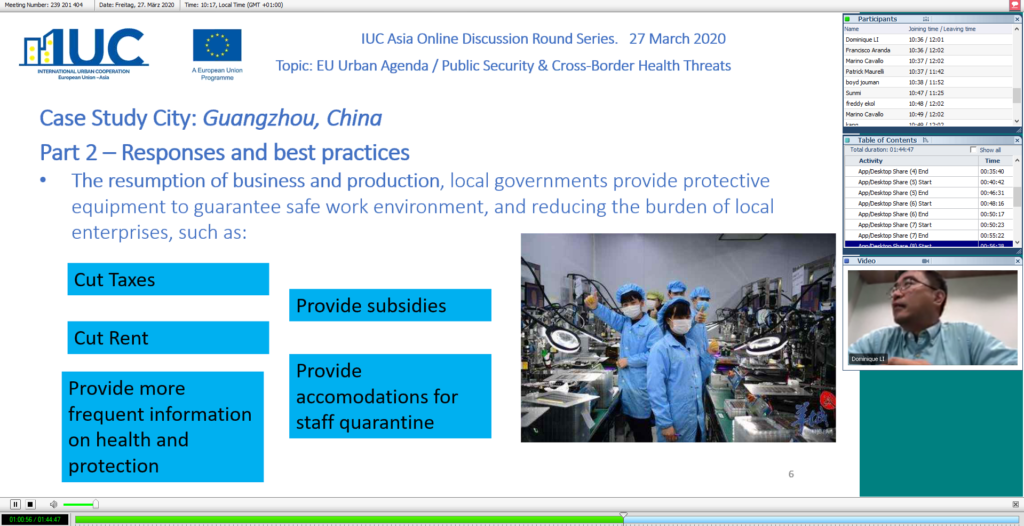 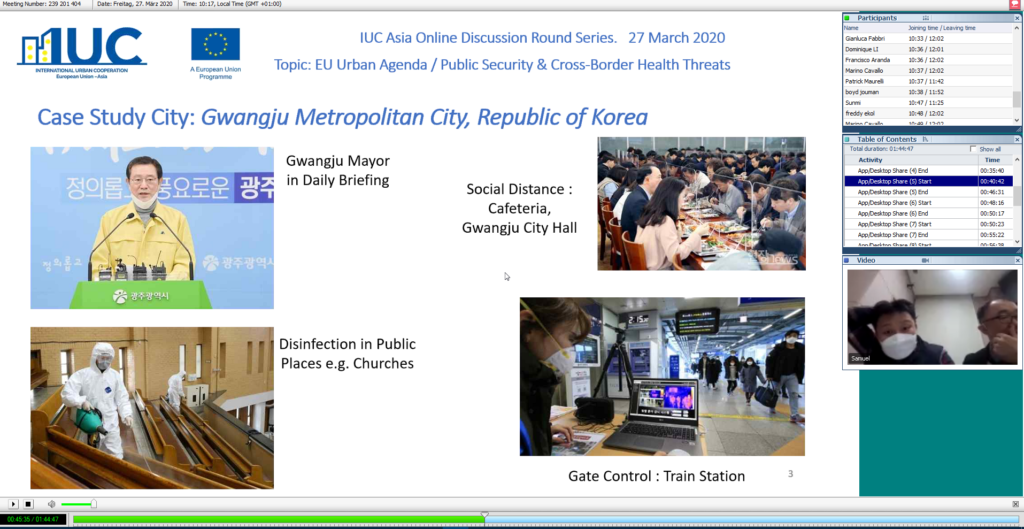