EVENT: GCoM SEA Secretariat Co-organised a Side Event on “Climate Financing and Budgeting” at the 8th UCLG ASPAC Congress

By inviting speakers from a financial institution and local governments, the event was aimed to foster a change of knowledge, best practices, and strategies on financing climate programmes among public officials and key development sectors. There were 135 registered participants from 67 various institutions across Asia-Pacific, such as national government, local governments, associations, academia, and international organisations.

The opening remarks were delivered by the Board Member of GCoM for Southeast Asia Mayor Mar-len Abigail Sombillo Binay (Mayor of Makati City, Philippines). She highlighted that the COVID-19 pandemic and climate change are global issues. Local governments need to explore meaningful partnerships through multistakeholder collaboration to overcome growing and evolving challenges, to ultimately build a sustainable and liveable community.

“Taking parts in initiatives facilitated by organisations such as ULCG ASPAC, provides us the opportunity to explore a meaningful partnership with private sectors and non-government entities,” said Mayor Binay. 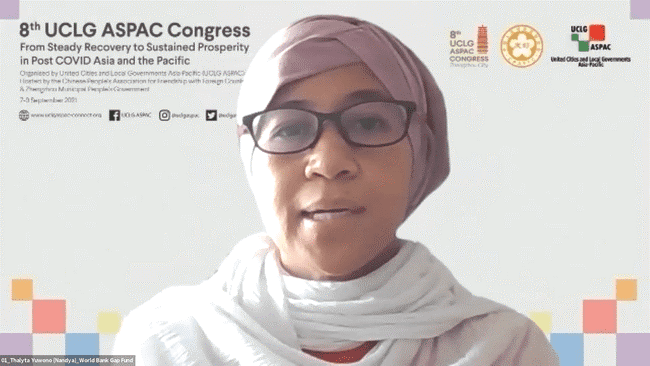 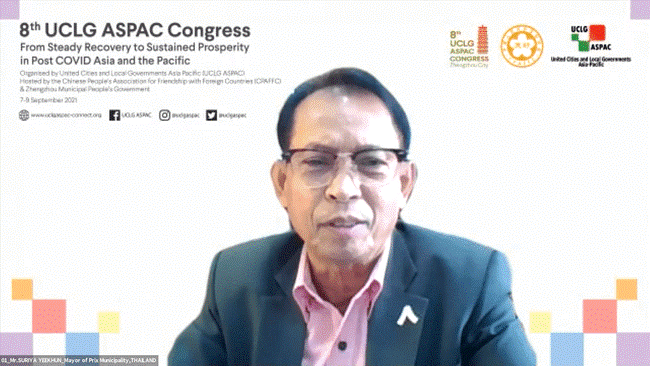 Mr. Wilfredo B. Prilles, Jr. (City Planning and Development Coordinator, Naga City, Philippines) representing the Mayor of Naga City began his presentation by mentioning that in the Philippines, there is a law that requires local governments to prepare Local Climate Change Action Plans (LCCAP). For its LCCAP 2021-2025, Naga has proposed funding to the People’s Survival Fund (PSF) but no avail. Therefore, Naga City has tried to optimise the local budget instead of depending on the national/international fund. 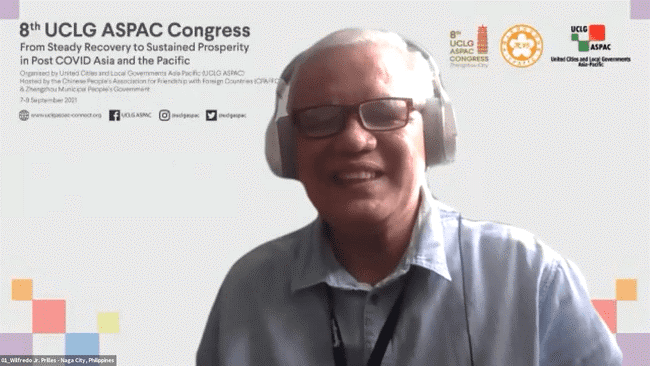 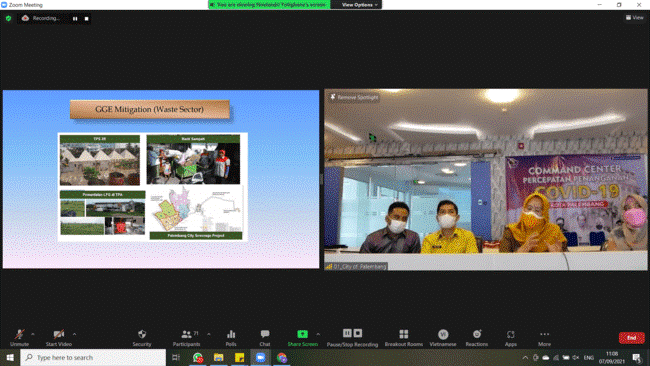 Having presented the materials by all speakers, the event proceeded to a discussion session, responding to questions from the participants. The questions varied from the Gap Fund, civil society engagement in Prix Municipality and Naga City, as well as sewerage project in Palembang. After questions had been addressed, the moderator gave the floor to Ms. Alexandra Lehmann (Attaché, Foreign Policy Instruments European Union Delegation to the People’s Republic of China) to deliver closing remarks. 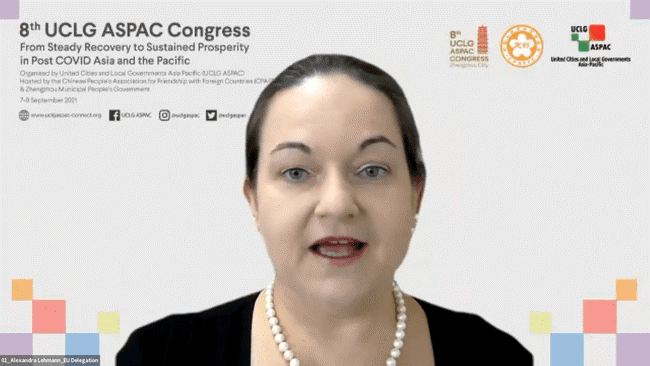 Ms. Lehmann highlighted that while being at the epicentre of climate actions, cities are the most vulnerable ones to the impacts of climate change. In response to this, the European Commission has published a set of climate and energy policy proposals to include steps to reduce GHG emissions by 55% by the year 2030 and to make the EU climate-neutral by 2050.

“No matter how great the policy one player sets in motion, what lies on the centre of the way to success is a global collaboration,” Lehmann said.