Jakarta, 24 October 2022 | Jakarta Capital City Government, in collaboration with UCLG ASPAC, organised a Capacity Building Workshop for Cities in Southeast Asia with the theme “Green and Low Carbon Initiatives-Practices for Climate Resilience” on 28-29 September 2022. The two-day event witnessed the in-person participation of more than 80 city officials, Southeast-Asian country embassies in Jakarta, as well as development and media partners at Aryaduta Hotel, Jakarta. There were also more than 40 officials from Southeast Asian countries who attended virtually via Zoom.

The event was opened with a Betawi traditional dance presented as a warm welcoming message from the host city Jakarta to Southeast-Asian participants. The event then proceeded to opening remarks from institutions that supported the organisation of the event, namely C40, UCLG ASPAC, and the Ministry of Environment and Forestry (MoEF) of the Republic of Indonesia.

Representing C40 was Alissa Raj (Deputy Regional Director C40 for East, Southeast Asia, and Oceania) who highlighted the importance of a Climate Action Plan in efforts to manage greenhouse gas (GHG) emissions. As the co-organiser of the event, the Secretary-General Dr. Bernadia Irawati Tjandradewi spoke on behalf of UCLG ASPAC on its capacity as the Secretariat of the Global Covenant of Mayors for Climate and Energy (GCoM) Southeast Asia. Her remarks emphasised the role of local governments in supporting low-carbon and climate-resilient development. Agus Rusly (Secretary of the Directorate General of Climate Change MoEF) also shared the Indonesian Government’s commitment to control climate change from the perspective of the MoEF.

On behalf of the Governor of Jakarta (the Co-President of UCLG ASPAC and Vice Chair of C40), the Regional Secretary of Jakarta Marullah Matali delivered a keynote speech, entitled, “Jakarta Collaboration: Cross-Sectoral Cooperation in Handling Climate Change Impacts in DKI Jakarta”.

The first day was divided into 4 sessions, where three sessions invited speakers from the national government, city representatives, and developed countries. Another session required the participants engaged in the lively discussion to identify problems in their cities, possible solutions to be implemented, as well as challenges in implementing those solutions. The second day was dedicated to Field Visit to Climate Village and the Old Town (Kota Tua Jakarta).

In the first session, national government representatives from Indonesia and Vietnam were invited to a panel discussion to discuss tools to support Nationally-Determined Contribution (NDC) targets. Tri Widayati (Directorate of Adaptation, MoEF Indonesia) specifically presented materials on the implementation of national policy on climate change adaptation in Indonesia, while Vu Hoang Thuy Duong (Institute of Strategy, Policy on Natural Resources and Environment, Vietnam) shared the resilient and decarbonising pathways in responding to climate risks in Vietnam.

The first day was concluded with a session on the lessons learned from developed countries. The first speaker was Michael Chadney (Transport Planning & Future Mobility Lead, ARUP) who shared the lesson learned on the mobility strategy from Singapore and the United Kingdom. Next, Martin Lutz (Head of Sector Air Quality Management, Berlin Senate Department for the Environment, Urban Mobility, Consumer Protection, and Climate Action) presented materials on “Decarbonizing the Energy and Transportation Sectors”. The last speaker was Jun Ichihara (Expert and Chief Advisor, Japan International Cooperation Agency) who shared the climate policy in Japan.

On the second day, participants got to experience the electric buses for a Field Visit to two destinations. The first destination was Cempaka Putih, an exemplary Climate Village in Indonesia. Climate Village (Indonesian: Kampung Iklim) is a national programme aimed to increase community involvement in strengthening adaptive capacity to the impacts of climate change and reducing GHG emissions, which was reflected during the Field Visit. The Cempaka Putih residents showcased their urban farming products and collective climate-related initiatives to the participants. The second destination was Old Town Jakarta, where the Jakarta Capital City Government recently implemented Low Emission Zone (LEZ) by limiting the number of vehicles and encouraging visitors to walk around the area.

One of the objectives of the workshop was to raise awareness about green and low-carbon initiatives and practices in Southeast Asia. By the end of the workshop, the participants were able to identify problems, challenges, and solutions to be implemented in the respective cities. This event also created an opportunity for the participants to collaborate more in the future. 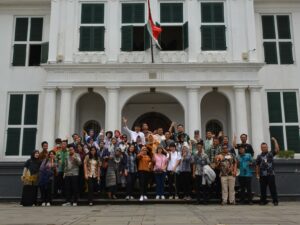 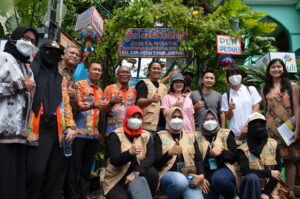